The Music of Life

According to the great neurologist and author Oliver Sacks, “Music takes up much more of the brain than language does.” Much of the human brain lights up on a functional MRI when music is being played. It’s pretty basic to our physical and mental functioning.

The more I look into music, the bigger a deal it seems to be, not just for humans, but for animals and even for plants. Most animals don’t make music. They can’t dance. Even animals who sing – birds, gibbons, whales – don’t have rhythm or harmony. But animals love to listen to music.  On YouTube, you can see videos of a farmers playing trombone or trumpet to their cows.   They just come around and listen.  A woman on Facebook posted about her mother calling her cows by singing to them. If you stop your car near a pasture and leave the radio on with music, cows and horses will come over to listen. Raccoons may come out of the woods to better hear music from your cabin. 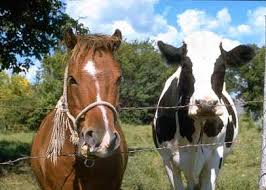 Maybe music makes them feel better. It works for people.  One psychiatric nurse told me he used to calm agitated patients by singing to them, when no medication helped.

Not only animals respond to music – plants apparently do, too. In several studies done in India, plants grew much faster and healthier when music (classical or raga) was played to them. This experiment has become a favorite high school science project in the USA and usually reports positive results. 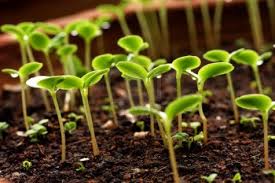 Music is effective treatment for human conditions including Parkinson’s Disease, Tourette’s Syndrome, autism, Alzheimer’s and several others, according to Dr. Sacks. You can see videos on YouTube of demented older people waking up and talking normally while listening to music they like.

Neuroscientist Peter Carianai thinks music can act as medicine on an injured brain. He commented on an article in the Economist of London, “Music mimics the natural internal, temporal language of the brain, and thus can function as a means of manipulating brain states.”  If our brains really have an internal language that is like music, are we musical beings at our core? If animals and plants delight in music, how basic a part of life must music be? Do our cells work on a musical basis?  Do our molecules?

Ancient philosophers such as the Pythagoreans thought so. They thought the world ran on music. They had a theory called “The Music of the Spheres” based on supposed harmonic relationships between the planets, moons, and sun. They also believed human bodies had an internal music they called musica humana. The Rosicrucians talked about a part of the mind they called The Region of Concrete Thought, which they described as “an ocean of harmony,” above which our scattered thoughts floated. Many people today think of humans’ having “vibrations” that affect other people’s lives and their own environment, and which can be changed by psychological or spiritual practices. Are these metaphors or real things?

Scientists have investigated the origin of music, but they don’t agree on what they find.  Like everything else in life, music evolves, but how? Living things usually evolve for one of two reasons. Evolutionary changes help us survive by finding food or avoiding predators (natural selection,) or they help us find mates to reproduce (sexual selection.) Where does music fit into that?

The evolution of music seems complicated because music has three aspects: rhythm, melody and harmony. They may have evolved separately and for different reasons. Rhythm may have had some survival advantage by helping people do things together, like walking or grinding seeds with rocks.  Rhythm might make a group stronger. 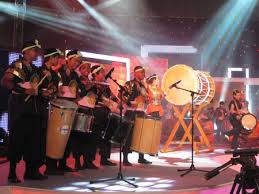 Melody may have come from sounds we naturally make or hear in nature. Everything we hear may be basis for music on some level. Recently I went to a speakers’ training at Jewish Voice for Peace. We were taught to raise our voices and speak faster to energize people, and drop our voices and slow down to pull them in.  It sounded exactly like making music, with its crescendos and tempo changes.

Some scientists say melody and harmony may have developed for sexual reasons. Potential mates might see you as more attractive if you can sing or play well (the “rock star effect.”) According to Dr. Geoffrey Miller of  the University of New Mexico music is all about sexual selection. “It is known from several species of birds that females prefer more complex songs from their suitors,” he writes, “putting males under pressure to evolve the neurological apparatus to create and sing them.” 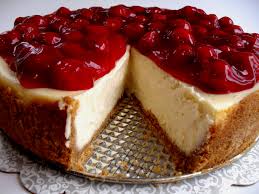 Does evolution really explain everything?  How could music cut through the dementia of Alzheimer’s disease and restore mental function in a brain-damaged person? Speech therapists know that some people cannot talk, but they can sing. If they can’t sing, they may be able to whistle, and these abilities can help them get speech back.

Music also fixes damaged motor nerves. We naturally move to rhythms; people with crippling illnesses can often walk much better with music. Music also is tied to memory. Apparently some memories are stored with musical codes in lower parts of the brain, so music can restore memory in some demented people.

A woman at one of Dr.Sacks’ talked told of a 10 year old boy to whom she hummed a Bach cantata. The boy kept asking her to sing it again, saying, “It goes way back into my brain where words cannot get to and makes me think about things I don’t think.”

What if music takes us beyond our verbal brains, as it did for that boy? Where is it taking us? Maybe it takes us back to our natural state. Charles Darwin believed language was secondary to music. The philosopher Rousseau believed music and language were once a unified thing. Only later did they separate and words become dominant over sounds.

Music is an amazing gift that Nature gave us and we give to ourselves and to others. What if we are musical beings living in a musical world?  What practical difference would it make to live with that understanding?  To know yourself as one melody in a vast symphony? It sounds Divine to me.  Let me know how it sounds to you.

5 Responses to The Music of Life