Stop the chemical war on Nature. 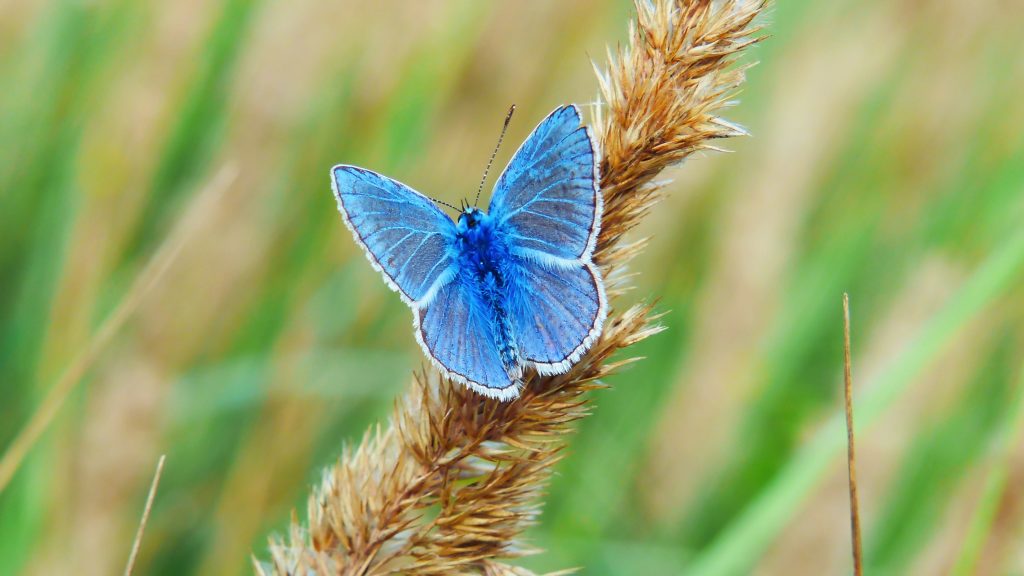 Photo by Krzysztof Niewolny on Unsplash

Feeling sad this morning. Reading the World Wildlife Fund report on the global crash in wildlife populations. Our world now has about 70% less non-human life than 50 years ago, and some areas have lost as much as 94%.

I mourn the thousands of species that have become extinct, never to be seen again. I can’t even touch the grief for the billions of individual creatures — mammals, birds, fish, plants, and insects — civilization has killed. It feels overwhelming, but after a while, grief turns to anger. Who is doing this to our relations, and how can we stop it?

Humans destroy wildlife in several ways, some more evil than others. The biggest one is habitat destruction. When increasing human populations take up more and more space, animals have to leave. That strikes me as tragic, but the killing is kind of unintentional. Other crimes against Nature seem more malicious.

When colonists in the USA hunted the passenger pigeon to extinction for their feathers or slaughtered the buffalo to deprive Indians of food; that was evil driven by greed and racism. So is cutting down rainforests for palm oil plantations or cattle ranches.

I think the deliberate poisoning of insects and plants is both evil and stupid. So is the ignorant poisoning of water through industrial processes. A poisoned world is one of the main reasons for wildlife loss, and causes human health problems as well. We’re poisoning all life, including ourselves. Fortunately, we can do something about it.

In the 21st Century, people seem to consider Nature an annoyance. I see ads on commuter trains begging people not to poison rats or mice, because owls and raptors eat the poisoned rodents and die. There are other ways to control rodents, — get a cat! –but people still use poisons that kill thousands of hawks, ravens, mountain lions and other predators.

They do it because poisoning is easy. But by killing predators, people make their rodent problems worse.

People spray pesticides in great quantities to kill insects in homes, gardens, and farms. A Facebook friend in Florida posted that she wasn’t seeing bugs in her house, but there are some nasty ones around. So, ‘just to be safe,’ she has an exterminator spray her whole house twice a year. Poisoning herself and  her house is what she calls ‘safe.’

Insecticides used in homes and in agriculture kill butterflies, pollinators such as bees, and soil-builders such as ants and worms. Herbicides, used to control weeds (which are just plants we can’t eat or sell,) kill all kinds of plants surrounding the fields and in the water when rain washes them into streams.

According to the Union of Concerned Scientists (UCS,) super-weeds started when biotech company Monsanto created seeds that could tolerate their top-selling herbicide Roundup. These “Roundup-ready” seeds made things so convenient for farmers! They dropped their more labor-intensive weeding practices and just sprayed lots of Roundup from planes instead. More crops with less labor, until the Roundup resistance genes escaped from the Monsanto plants into the weeds themselves, creating a new generation of weeds that could not be chemically killed.

Undeterred, Monsanto and other companies are developing new strains of patented herbicide-resistant seeds to boost sales of their patented herbicides. These profits are what GMO seeds are all about, and they keep farmers in debt while killing off beneficial insects.

According to UCS, the overall use of herbicides has gone up since GMOs appeared; while plant, fungal, and insect life in agricultural areas has been devastated. And soil loses fertility over years of pesticide applications, so crop yields go down without ever-greater chemical fertilizer use.

You may be old enough to remember the days when windshields would become covered in bug splatter when you went for a drive at night. That no longer happens, because the insects are already dead. A Danish study found bug splatter decreased by 80% between 1996 and 2017. And loss of insects means less food for birds, so less birdsong in the air. It means fewer pollinators, so in some places, fewer fruits and flowers.

It seems kind of obvious that deliberately killing things might have some harmful effects. But chemicals not intended to kill often do as much damage as the pesticides

A full discussion of industrial chemicals is too long for this article. But the list of chemicals used in one industry, mining, is terrifying. The market research firm Grand View Research says toxins including nitric acid, mercury, sulfuric acid, cyanide, lead, and uranium are used to produce the chemicals actually used in mining. These are all well-known poisons, some of which are also used in processing ore into metals. Any gold you’re wearing probably came from cyanide leaching on some tropical hillside.

Grandview writes that, “global mining chemicals market size was valued at USD 10.15 billion in 2021 and is anticipated to grow at a compound annual growth rate of 6.7% from 2022 to 2030.” That’s a lot of poison, and we’re only talking about one industry.

Solvents are another huge category of industrial poisons. According to the Centers for Disease Control (CDC,) “Organic solvents are carbon-based substances capable of dissolving or dispersing one or more other substances. Organic solvents can be carcinogens, reproductive hazards, and neurotoxins. They are used in paints, varnishes, lacquers, adhesives, glues, and in de-greasing and cleaning agents, and in the production of dyes, polymers, plastics, textiles, printing inks, agricultural products, and pharmaceuticals.”

Such toxic chemicals injure workers and consumers, and kill wildlife when they are dumped into rivers or sink into soil. And we use them voluntarily in our own homes, because they’re convenient. Labels on dishwashing soaps like Dove say they allow for “70% less scrubbing.” How much easier! Then read the ingredient label on the back and realize: you are exposing yourself to toxic chemicals and forcing fish and other sea creatures to live in them.

Are we poisoning ourselves?

In most countries (though not the United States), people are living longer than ever. So, are chemical poisons really that bad for us?

I can’t say with absolute assurance, but I do know from decades of data that chemicals are making people fatter. Studies have shown that virtually all the weight gain we have seen in humans since the 1970s can be accounted for by chemicals (called ‘obesogens’ because they make us obese.)

Fat people are always blamed for their fatness, but the reality is they are being poisoned. Then they are treated like inferior beings because of their weight. And they actually do tend to get sicker, so this is one known way we are poisoning ourselves.

But for me, it’s not all about humans. Animals and plants, our relations, are dying from these chemicals. We need to protect them.

What can we do about it?

How sad that we have to protect our world from our own science and technology. Yet we do. Some ways include:

● Use way fewer chemicals in our homes and gardens. You might be surprised how far this can go. I stopped using dishwashing soap and laundry detergent years ago, and dishes and clothes seem adequately clean to me and even to my much more fastidious wife. And I’m not killing fish.

● Most people can’t grow a lawn without chemicals, so tear yours up and plant an organic garden. It will look better; it will feed you, and if the homeowners’ association says you can’t do it, sue them. Organize your neighbors to follow your lead. I didn’t say this would be easy.

● Stop buying the obesogens listed above, which means buying a lot less stuff in general. Buy organic food or grow your own. Cut plastic use as near-zero as possible, because its whole production process and life cycle is toxic.

● If toxic chemical factories are poisoning your community, organize to get them shut down or, better yet, converted to producing useful stuff.

● I’m not saying get rid of all chemicals. Chemists aren’t evil people, and chemicals do have some value, but society has to use them judiciously and wisely. When chemicals that kill are used for convenience or to increase profits, they are extremely dangerous. If used well, some can be valuable, but that means taking decisions about their use out of the hands of capitalists.

A classic example is the insecticide DDT (Dichlorodiphenyltrichloroethane.) DDT stopped typhus outbreaks by killing the lice that spread the disease. It greatly reduced malaria by repelling germ-laden mosquitoes. It would have been a net benefit if they had just used it indoors, on walls and furniture to keep bugs off (a process called indoor residual spraying or IRS). But farmers and agricultural corporations started spraying it on crops everywhere; it got into the water, birds and bees started dying in large numbers. DDT was banned in many countries, but a society that consciously protected Nature could have used it cautiously and relatively safely.

If we prioritize life, we can still have the benefits of chemicals, but if we continue to prioritize profits and convenience, we will die and take our relations with us. Chemicals have to be strictly regulated. That means government agencies like Food and Drug Administration (FDA) have to commit to putting Nature ahead of profits and convenience. Industry must be prevented from taking over the agencies and rewriting the rules. Reduce your own chemical use to a minimum. Mass killing by chemicals has to stop, if Earth is to live.