When Mental Illness is Environmental

Everyone knows about environmental illnesses, caused by pollution or unhealthy working conditions. But mental health problems can be environmental too, unavoidable reactions to difficult life situations. Changing the environment can change a person’s thoughts and emotions, as it has for my friend Jessie. 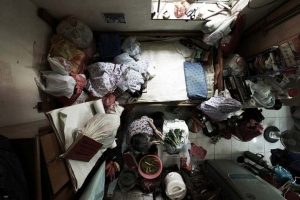 I’ve known Jessie since her 30s, when we played in a band together, and she’s always struggled keeping things together.  A small African-American single mother, with her hair in a short natural, she has moved in and out of a long series of part-time jobs. She mostly supported herself doing hairstyling, supplemented with food stamps. She shared a two-bedroom, one-bathroom apartment with five other people.

Lately, we’ve only been seeing each other once a year, and maybe talking on the phone twice a year. I called her last week just to check in and was impressed with how good she sounded, much happier and more confident than I remembered her being. I asked what had changed.  Was she on some new medication? Had she found some helpful therapy?

“I moved,” she replied. “I’m in Alameda now. Instead of living in an unheated walk-in closet with a bunch of sketchy people, I have my own apartment at a rate I can afford. Subsidized senior housing. You can’t believe what a difference that makes!” She talked about going out in her neighborhood, the places to eat and shop. I asked about visiting her and she told me what buses to take.

It wasn’t easy for Jessie to make this move.  She applied for a series of senior housing buildings in Oakland over the years to no avail. “You have to win a lottery even to get on a waiting list,” she said, “which could be ten years long.” She said her breakthrough moment was gaining the courage to look beyond Oakland, her lifelong home.  This flexibility opened up new possibilities, and she got on a waitlist for Alameda that turned out only a two-year wait.

“It’s so nice here,” she told me. “I’ve made friends; they tell me about activities in the neighborhood. There are two community gardens, and I help friends with their plots.  This Spring maybe I’ll get my own.” Her daughter is now on her own and supporting herself as a musician, a career path of which Jessie approves. Life is good. 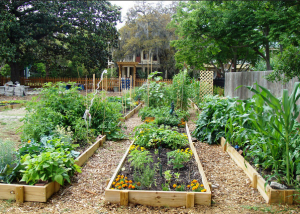 Looking back, no health intervention helped Jessie much: not therapy, not medication, not hospitalization. What she needed was a decent place to live.  How often does that happen with individuals or with whole communities, pathologized for behaviors that are perfectly normal responses to unhealthy conditions of life?

People, especially young people are often jailed or drugged for things that they wouldn’t do in healthier circumstances. If kids are doing badly in school or getting into trouble, either they will be blamed or their parents will, when actually, they’re figuratively ‘living in an unheated walk-in closet with a bunch of sketchy people’ like Jessie was. Even if their environments are physically OK, they may be long on drama and danger, short on love and structure. There may be constant anxiety over money and sadness of not being able to afford things.

Environmental stressors can mentally damage whole communities. Bad conditions don’t excuse bad things people do, but acknowledging those environmental causes might lead to finding better solutions. The same is true for individuals, and not just low-income people. In my own life, in all our lives, some self-compassion might come from realizing how our behaviors and emotions are shaped by our environment and our past environments.  Sometimes, as with a smoker getting rid of all their ashtrays to help them quit, changing our environment is the best way to change ourselves.

4 Responses to When Mental Illness is Environmental