Everyone is here to entertain you

You can think of life as a show, in which we are both the performers and the audience. When someone is angry or acting dramatic with us, they’re just playing a part, acting out their own drama. We can note what a good performance they are putting on.

My big drama of 2014 was with our hostile, deadbeat roommates Pete and Frances. I’ve blogged about that story here and here.  It was a tense time; I sometimes dreaded coming home to their resentment and their Rolling Stones jams (“Sympathy for the Devil” over and over) turned up to 10.

What helped was seeing their behavior as a show. I thought of them as a couple of drunken polar bears, dangerous but fun to watch. You don’t try to reason with a polar bear; you just stay out of it’s way.  The zookeepers of life and the Court have since taken them away, but it was a good show. I learned from it.

Everyone is here to entertain you, but not necessarily to make you smile or feel good. Their show might be humorous, or they might bring you a tragedy, a drama, or an adventure. Once in a while, it’s horror, unfortunately.

We shouldn’t take anyone’s drama too seriously, including our own. We give the best performance we can and let it go. I try to remember, ‘I am not David. David is a character in an endless play. The real me is an actor portraying David.’ Seeing myself and the world from that view is calming, empowering and uplifting for me. If I do well, maybe they’ll cast me again.

Seeing the show in my daily life helps me cope.  I take care of six-year old Lisa some times. She was abandoned by her parents. She is trying her best, but she breaks down in tears and screams when something good happens to her sister Leona. The teary outbursts will happen every hour or so, and I have been so concerned with how to prevent them or how to make her feel better. This dynamic made our visits stressful until I realized, ‘this is her part; this is the way her character is drawn. She is crying, and that’s OK.’

Sure enough, Lisa’s crying always stops, and she is her delightful self again. Focusing on her wounds doesn’t help her, but being with her and encouraging her strength does.

It’s the same with my partner Aisha’s annoyance and grouchiness when she gets tired, hungry or stressed.  I spent decades trying to make her feel better or act nicer or least not direct it towards me.  But it’s just a show. Let it go by; admire the performance, give her some food, and all is well again. I hope she can do the same things with my annoying foibles.

Everyone is here to teach you something

It’s not that everyone has wisdom to share, although most people have at least one piece.  We can learn from other people’s presence and the things they do. I am learning from my neighbor Guillermo, who takes total care of his 101 year old mother. No vacations, no days off, not even a long coffee break.  Until she goes to sleep at night, he’s on duty. Even then, he’s constantly listening for her trying to get up.

So, no social life for Guillermo. For years, I’ve been pushing him to go out sometimes. Get a sitter for Mom and have some fun. He’s good looking and sweet, and a lot of women are interested in him, but he never does it.

I finally realized that for Guillermo, Mom is a protection from romantic connection, not a barrier to it. Similarly, Joan, single mother of Jeremy, aged 14, often complains of not having a social life.  But when someone calls for a date, she always avoids it by saying Jeremy needs her for this or that.

Not everyone wants a social life, and not every caregiver feels burdened by their role. I would like to see my friends have more balance in their lives, but I’m learning by watching them. I think about what responsibilities I may have taken on and what habits I may have formed mainly to protect myself from better things that I find more frightening.  Why am I here at the computer now instead of…what? I’m not sure.  It may be that learning and writing is the best place for me at this point in my drama. Or maybe I’m still hiding from something.

Some teachers are more direct and less enjoyable. My friend Sinead connected with her man Connor 15 years ago, when she was about 20. She got off her academic track and devoted most of her time to taking care of him, protecting him from the world and soothing his fears. She said it got to where, “There wasn’t much me left. I was so involved in making things OK for him.”

They did pretty well together and made quite a bit of money in tech, but Connor didn’t learn to manage his own fears. One, they overflowed and he started beating Sinead brutally.

As she lay on the floor with him kicking her, “A wave of clarity came over me. I realized I had kind of set myself up for this by constantly protecting him from his fears, and trying to live his life for him. I decided, I’m not going to do this anymore.  And I stood up. I walked out. I said from now on, I will act out of love. I had thought it was love, but I was acting out of fear. I don’t do that now.”

The beating was transformational for Sinead. She refuses to see herself as a victim in this story; it’s been about growth for her. It was a horrible experience, but she radiates strength and happiness now. She learned what Connor was teaching her. She is no longer the codependent person being beaten down.  She is now the woman who stood up, and she is still standing.

Everyone is here to give you an opportunity to love

My son and I were on a bus last week, going to see the whales who had come to San Francisco in a huge pod and were on all the news. At the shopping mall stop, an elderly woman got on with a walker, loaded down with shopping bags looped over the handles. She took a long time fussing with her packages instead of sitting right down. When the bus started, she lost her balance, but I was able to steady her with my arm so she didn’t fall backward. 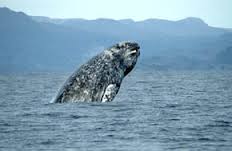 When she reached her stop, she couldn’t make it down the ramp with all her stuff. She asked for help, but the driver couldn’t help as he was stuck behind her. My son Sekani got up and went out the back door, came around and helped her get down and on her way, which hopefully wasn’t far. When he came back on, other passengers applauded.

The elderly woman wasn’t a nice person. She didn’t thank me for stopping her fall or thank my son for helping her get off the bus safely. The experience was rewarding anyway; we got to feel good about ourselves, laugh a bit about her, and share some conversation with other riders.

What does that have to do with love, you might ask?  It’s a low level of love, sure, but we gave her support and accepted her as she was. It was good feeling toward her. Neither of us asked, “Why are you carrying more than you can handle?” or snapped at her for not thanking us.

Whether it’s someone we see every day or a stranger we will never meet again, whether it’s an intimate friend or a work associate we never see off the job, we can love them. Or at least look at them with compassion, which is close to the same thing. See them as they really are and accept them. Like any other ability, it improves with practice and brings reward as we get better at it.

Entertainment, education, love.  Three strong sources of connection, and there are other, more basic ones.  How about breathing the same air? Being born from the same ancestors? How about supporting each other, sharing, challenging each other, limit setting? We all do those things for each other consciously or unconsciously.

Everyone in the world is here for you some way or other. You are here for them, too. It can’t be helped; we’re all part of the same infinite show.  Enjoy your part!

Pages: 1 2
This entry was posted in healing, Reasons to Live and tagged connection, death, evolution, other people, plants. Bookmark the permalink.

2 Responses to Everyone on Earth