The Story of Your Life

It’s not about you

Don’t we all overestimate our own importance sometimes? It’s never about us, at least as we usually define ourselves, our narrow egos with their hopes and anxieties. Think about the story of Martin Luther King Jr. According to his biographers, he never wanted to be a hero.  He thought he would be a preacher with an easy life, some children, maybe a professorship and some women on the side.  The world called him to a much larger role, and he accepted the call. The cost to him and his family was very high, but the rewards were also great.

As shown in the movie Selma –if you haven’t seen that movie, see it soon — civil rights completely took over Dr. King’s life. He and his wife Coretta lived in fear of sudden and violent death. He was away from his home and church for long, dangerous stretches. Their relationship suffered. She said that it became too difficult to experience the joy of life because of living in constant fear. Instead of being comfortably middle class, his children have had some hard times. He died at age 39, robbed of decades of life. 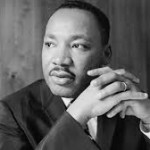 Was the reward worth the cost? The movement brought Dr. King to people and places he would never have encountered, including winning a Nobel Prize and negotiating with Presidents. He formed relationships and profound connections with people at critical moments in their lives. He faced challenges that must have touched him on deeper levels than most of us ever go. By leading a movement that changed the Jim Crow rules in the South, he helped millions of people.

Some of the benefits have not held up over time. There were unintended consequences of integration, some harmful, like the separation of the Black middle class from the poor. There were also unexpected benefits. Inspired by civil rights, several other movements sprang up among oppressed groups fighting for their rights. His memory and his speeches still inspire millions of us.

I could go on, but the final evaluation would just move farther away. The fact is that you can never judge what is worth it and what isn’t, about your life or anyone else’s. The world goes on and one thing leads to another, without end. You just have to do what your heart tells you and trust the world with the results. (I’m reminded of Chinese leader Zhou en-Lai’s supposed response in 1973 when Richard Nixon asked him if he thought the French revolution of 1789 had been a good thing: “Too soon to tell.”) That kind of patience seems a good thing to me.

It’s all about you

But in another way, it’s all about you. Probably, no one else could have done what Dr. King did. Maybe no one else could have done what my mother did.  His mix of skills and experience may not have been unique, but his willingness to be open to what the world (the term he used was “God”) wanted made those skills more powerful. He had to be willing to be his best self.

I’m reminded of another hero, Katniss Everdeen in the Hunger Games books and movies. Though she had the advantage of being a fictional character, she was also called out of the life she thought was hers. Because she volunteered for the extraordinarily dangerous Hunger Games to save her sister, and survived by taking courageous but loving actions in the games, she unexpectedly found herself the figurehead leader of a revolution.

When the rebel army’s real leaders wrote scripts for her, making her look larger, more political and more confident than she was, the propaganda didn’t work. The scripted Katniss wasn’t inspiring at all. It was only when she participated in real actions, whether visiting a hospital or fighting aircraft with her archery, that she became the hero people could rally around.

She had to be herself. What did life want from her? It didn’t want the narrow self that society had pushed her into or the scripted hero the revolutionaries wanted.  She said Yes to being who she really was.  Like Dr. King, she could have said No, but her heart wouldn’t let her. As with Dr. King, the results weren’t entirely positive, but Katniss moved the story forward. She became the person her world needed.

We all need to be our true selves. You may have asked yourself more than once, “What am I doing with my life?” I do it all the time.  That’s thinking that the story is about you and you are in charge of how it goes.  As Dr. King realized, the real question is, “What is life trying to do with me?”

I encourage you to meditate on that question. You might not believe life has such a purpose for you, or there may be several of them to choose from, but listen. There’s a picture even bigger than the historical drama, which might be called a spiritual or religious view. The specific history of your place and time is just one small piece of a far bigger play that had no beginning and has no end.

Each of us has a part in this show. Very few are stars like Martin Luther King Jr or Katniss Everdeen. But we all have a part. We have something to contribute. Though the show is endless and most of our parts infinitesimal, our individual roles are unique. It’s not like the show would stop without us, but our job is to put on the best performance we can by living our lives to the fullest.

Ask yourself: What is life trying to create through me?   What brings me joy?  What do I love doing with all my heart? These are hints to what life wants from you. Remember, the script in the story of your life is not about you. It’s about the world. How you experience your life is all about you. Enjoy the show!

8 Responses to The Story of Your Life