Jonah in the 21st Century

Shows us our possibilities today 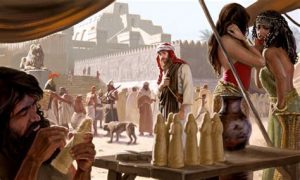 If the Book of Jonah were not over 2500 years old, I would think the author wrote it on an LSD trip. But despite its age, bizarre events and extreme brevity – only 1200 words – Jonah teaches lessons still relevant, maybe crucial today.

Religious teachers usually boil Jonah’s message down to, ‘Just do what God tells you,’ but, as with other Bible stories, you don’t have to believe in God to learn from this book. You can see the whole book as metaphor and still get the point.  Here are three other powerful themes in Jonah, chosen because they hit me personally in this crisis time. Maybe later I’ll write about the whale.

Jonah was at home in Israel, just chilling, when God told him, “Arise. Go at once to Nineveh, that great city, and proclaim judgment upon it; for their wickedness has come before Me.” (Jonah 1:2)

But that was a huge ask. Nineveh (near what is now Baghdad) would have been a trip of over 500 miles, requiring a month’s journey, risking death by bandits the whole way. Nineveh, the capital of Assyria, was the biggest, most powerful city in the world at the time, an enemy of Israel, and Jonah didn’t even speak their language.

Quests are often intimidating; whether it’s starting a new career or stopping police violence, or most other things worth doing. They may be difficult; they may be uncomfortable or dangerous. They may require daunting amounts of work for long periods of time, with low probabilities of success.

Your calling may even appear impossible, but if you run away from it, it will torment you for life. In Jonah’s case, he ran the opposite direction and got on a boat headed to the farthest reaches of the world.  It didn’t help; God created a huge storm that threatened to sink the ship – another metaphor –so that the sailors had to throw Jonah overboard to save themselves. Refusing his calling almost cost him his life. 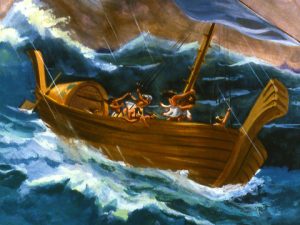 Now, preaching to the Ninevites was not likely to have much effect. Of the 16 prophets named in the Hebrew Bible, none of them succeeded in getting people to change their bad habits. That’s 0 out of 16, and Jonah had the added handicap of being a foreigner with language problems. What were the chances the 120,000 residents of the richest city in the world would listen to him?

Jonah kept it simple. His only words recorded in the book are: “Forty days more, and Nineveh shall be overthrown!” (Jonah 3:4)

But to Jonah’s surprise, the Ninevites believed him. “They proclaimed a fast, and great and small alike put on sackcloth” (Jonah 3:5). Then a miracle happened. The king heard about Jonah and declared that all of Nineveh, even the animals, should fast and wear sackcloth and ashes, and cry out to God for mercy. The whole city repented, and God relented. Jonah succeeded where all the other Bible prophets failed.

Are we in Nineveh yet?

When we look at the enormous challenges involved in transforming our cruel, corrupt, environmentally-destructive modern societies into loving, sustainable ones, Nineveh’s transformation is a source of hope. As philosopher Charles Eisenstein, author of The Ascent of Humanity said in this TED talk, looked at objectively, it’s almost impossible to imagine society changing so dramatically. From a scientific point of view, it’s hard to see how we’ll be able to stop global warming.

There may be no way it could happen, but perhaps it will happen anyway. It happened in Nineveh. As jazz great Sun Ra said, “Everything possible has been tried and failed. Now it’s time to try the impossible.” 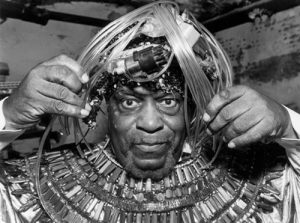 Just as God forgave Jonah for his disobedience and sent the fish to rescue him, they – (I don’t know God’s preferred pronouns, so I’m going with they/them) — would forgive the Ninevites, and Jonah would have to accept it.

In his song The Ninevites songwriter Will Fudeman illustrates the problems with Jonah’s typically human desire to feel superior to the people he seeks to change. If we start out with the belief that we are better, smarter, or more enlightened than those with whom we disagree, we will not change anyone or come to peace with them.

If we do not realize that to change the world or change other people, we also have to change ourselves, we will not be effective. We might make things worse. By making people feel attacked or disrespected, we may drive them away from our perspective.

What does Jonah have to say in the 21st Century? How about this: take on the world’s need that calls you, no matter how hard it is. At least you’ll have an adventure. And who knows, seeming miracles do happen.  Maybe they will happen for us, if we learn to treat everyone as if they were people like us.

This entry was posted in miracles, Uncategorized and tagged calling, dreams, hope. Bookmark the permalink.

2 Responses to Jonah in the 21st Century

Trail Guides
"Do not get lost in your pain. Know that one day your pain will become your cure." - Rumi