Chaos is the New Normal 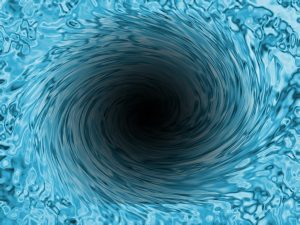 Rapid change can be good. Spiraling, chaotic change is something else. No sooner do we hear about one challenge to our economic, social, or political life, than when another comes to make the change more extreme or take it in a completely different direction. Do you remember four years of Russia being our enemy, an existential threat to America? And before that, Islamic terrorism? Well, now it’s China. Very 1984 isn’t it?

Remember when corporate media was all about Trump and Impeachment? Then when it was all about elections? Now it’s all about the COVID 19 virus, and the profound ways it’s changing our lives every day. It feels silly to focus on career, on education, on making a home or raising a family, when we literally do not know whether our jobs or schools will be open tomorrow. For people with money, the current shutdown could be an enforced vacation, but for most people, those on the financial edge, without investments or at least Social Security, it is a catastrophe.

Friends say, ‘Hunker down. Stay centered. Plan for what we’ll do when some kind of new normal takes hold.’ But as Australian rogue journalist Caitlin Johnstone says, “Things may get better; they may get worse. But they are never going back to normal. Normal is gone for good.” What reason is there to think that any kind of pattern will establish itself when our corporate rulers have adopted full-on looting of society as their daily practice? When our political system and media have been exposed as frauds, pushing us this way and that to get support for our rulers’ sociopathic agendas? When one virus is controlled, what makes us think our rulers won’t unleash another one, or some other terror weapon? Some may believe COVID 19 is naturally occurring, but all agree the US Dept of Defense has dozens of others in their labs.

We are in a new world, though we have faced similar times before. My parents told me about growing up in the Great Depression, scrounging papers, cans and rags to trade for a piece of fruit or a bottle of pop. Those were hard times, brought about by the normal workings of capitalism’s boom/bust cycle. It took the government interventions of FDR’s New Deal and World War 2 to get the USA out of that crisis.

This one is worse; my parents’ generation weren’t dealing with a deadly disease at the same time. They were able to meet; they could organize unions. When a family was being evicted, the community could rally around and keep the police away. Now, such resistance or even a party to raise money to pay rent would be squashed as a threat to public health. Everyone is on their own.

Government bailouts shovel all of society’s wealth to the very rich, hoping that will restart the economy, but no government intervention can save capitalism, defined as rule of society by private owners of the means of production. Those rulers have lost all sense of living with people who have needs and other living things on which we depend. Because these oligarchs run government, corporations and media, any attempt to restart or reform the economy would have to go through them. And as last week’s bailout fight showed, they won’t allow implementation of changes that don’t benefit them. If there comes a cure for the COVID-19 virus, or a cure for global warming, it will not be implemented unless the oligarchs profit from it.

Then, what about the Deep State: the Department of Defense, the CIA, the FBI, those armies of killers and bureaucrats with multibillion dollar budgets and no oversight? What about the four-dimensional kaleidoscope of corporate media, the endless vortex of fantasies they weave around us, until we can neither see clearly nor move? Can we have a “normal” world run by people like that?

No, we can’t. That is why our political, economic, social and media systems are all being exposed and falling apart at the same time. Caitlin Johnstone calls this the great unpatterning. “Our patterned behavior,” she writes, “has led our species to the omnicidal, oppressive and exploitative status quo we now find ourselves in. Unpatterning, in and of itself, is neither threatening nor helpful; it’s just change. What matters is where it all goes.”

Where will it go? The new normal our rulers have in store for us is a world of mass poverty, disease, environmental collapse and constant chaos. Ending capitalist control of society is the only way we’ll ever have a new normal worth living, or one that is sustainable.

We need to create our own normal; one whose patterns we can barely see yet. We could still have free markets, we could still have some private ownership, but most large-scale stuff needs to be publicly owned and controlled. There won’t be as much wealth, but it will be much better distributed. And people will be encouraged to take care of each other, instead of the everyone-for-themselves ethic we have now.

Such changes can’t be done in a society run by people like Goldman Sachs, Boeing Corporation, Donald Trump or Hillary Clinton. But we can do it without them. In some ways, we are lucky; in some ways cursed to be living in such critical times. But here we are. We can’t go back to normal. We have to create something better.