Revolution of the Heart 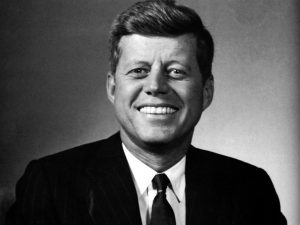 Something profound is happening in this country, and no one knows where it will lead. JFK’s 60-year-old call to service has found resonance in the 2020 presidential campaigns of Bernie Sanders and Tulsi Gabbard, and people are flocking toward the chance to be of use. You might not recognize the USA in a few years, and that might be a wonderful thing.

We have lived so long in a predatory corporate capitalist society that we have come to think daily cruelty is normal. Over a half million Americans sleeping in the street; more than two million in jails and prisons. People dying for lack of healthcare or going bankrupt paying for it. Immigrant children caged, endless wars fought against mostly unknown enemies, so that weapons and death rank among America’s chief exports. Media that lies about real things and broadcasts spectacles of things that may not be happening at all, carefully crafted to maximize our fear and our distrust of each other, while their advertisers work to make us unhappy with ourselves.

Is it any wonder that people are desperate for change? That life expectancies are dropping and drug addiction rates rising? People are angry; they’re sad, they’re desperate. We elected Obama and Trump because they promised change, but nothing got better. Of course, neither of those two were the change agents they claimed to be, but actually no president could do what’s needed. The changes we need are so profound that we will have to change ourselves in major ways to have any chance. We have to move away from the Each-against-All, every man for himself caricature of human nature that unfettered capitalism requires. We need to care and be cared for, normal functions of both traditional societies and modern social democracies, but not in cutthroat America.

This is the background for Bernie Sanders’ slogan “Not me. Us.” When I first heard that, I thought he meant, ‘This is not about one candidate; it’s about our movement.’ And maybe he does mean that, but there’s a deeper meaning. It’s like Kennedy’s “Ask what you can do for your country.” ‘Not me, Us’ is the way we want to live our lives, the way society should be. We should be helping each other and meeting people’s needs, instead of focusing on individual accumulation and financial security. The slogan calls for a very different way of living than our capitalist rulers envision. And this vision is resonating with people; it is winning elections, as it did in Nevada.

In Nevada, according to Cristina Beltrán, a political science professor at NYU, casino workers have a strong union contract with very good health insurance, possibly better than they would have under Sanders’ signature program of Medicare For All. As a result, the union leadership discouraged members’ voting for Sanders in their recent caucuses. Every member received a mailing to that effect. On election day, seven out of eight casino worker caucuses went for Sanders, voting against their union and their immediate material interest. 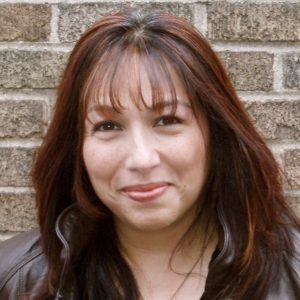 Beltran explains: “A lot of those union workers have family who are in nonunion jobs and have really precarious healthcare. And so, there was a sense that it isn’t just about the kind of narrow self-interest of protecting one’s own quality healthcare, but a larger sense that there’s a healthcare crisis beyond themselves, and trying to think about what’s going on with their children, their cousins, their grandchildren, you know, and all the people around them. So, it’s a combination of a kind of interest group and solidarity politics that allowed people to ultimately vote in a broader way than people might have imagined.”

Another presidential candidate, Rep. Tulsi Gabbard of Hawaii has a similar motto: “Service before Self,” a US Air Force slogan that is officially explained as “Duties take precedence over personal desires.” Officers writing on the USAF web site have called it, “doing your duty with respect, whether pleasant or unpleasant, and relinquishing your stake in the outcome.” Gabbard uses it to describe her own approach to life, serving the people, and calls on people to embrace service in our own lives.

To me, this campaign and the changes it is bringing are way more exciting than who votes for whom. Votes in the USA aren’t always counted, and it’s unlikely those who own the voting machines, the parties, and the media will let Bernie or Tulsi win. But they cannot stop people from growing. They can’t stop our compassion or our wrath.

People are freeing their minds from the nightmare conspiracies that corporate media pass off as reality. One example: for years,  media, Democratic leadership, and the intelligence agencies have been attacking Donald Trump with a made-up Russian-interference conspiracy theory. Now they have turned those same tactics on Sanders, claiming he is Russia’s favorite. Hillary Clinton said the same thing about Tulsi Gabbard, also without evidence. Media consumers are exposed to several different flavors of Sanders-sliming attacks daily.

But people, at least young people aren’t listening any more. Nicholas Levis wrote on Counterpunch of “the decline of the corporate media’s power to persuade. It is why these outlets have become so fervent in condemning social media, as if people sharing bullshit on Facebook is somehow inherently more pernicious than the activities of the cable news networks and the pronouncements of their “unnamed sources” at the blood-drenched State Department, Pentagon and national security agencies.”

Media is doing all it can to stop people’s awakening. It seems that, unable to counter Gabbard’s message of peace, they have blacked her out entirely. She isn’t invited to debates or town halls or media interviews;  her name has even been dropped from many polls and surveys. Sanders at least gets negative coverage.

The results so far, with Sanders in the lead are joyfully heartening. I had thought that it would be impossible to compete in a presidential election without media coverage. But I was wrong. The Sanders campaign reaches people in other ways, by organizers who come to their community groups, and through social media. A Facebook friend reported “I just had a Mike Bloomberg canvasser come to my door. I let him know politely I’m voting for Bernie Sanders, and then he just gave me a fist bump and said, “Oh me too! Feel the Bern, homie!”

Why this is revolution

I don’t care how well-off you are. This system oppresses you, even if you’re an oppressor yourself. Sanders and Gabbard aren’t revolutionaries in the political sense, but they both call on us to throw off the chains of our isolated self-interest and our fears. Buddhist friends can check me on this, but Service before Self and Not me, Us feel like what the Buddha meant by “liberation.” Get over yourself; join the beautiful, infinite world. Liberated people do not fight imperialist wars, fear immigrant children or destroy their own environment.

True, service isn’t always good. People can Serve terrible things. The US Air Force, which commits horrible crimes, includes Service before Self as a core value, but they have to work very hard at brainwashing airmen about USAF’s role in the world to make this principle fit.

Not me, Us seems clearer. It sounds like socialism in three words. It is liberation. Having life not be about ourself frees us to go all-out to create a better world, to use what Malcolm X called “any means necessary.”

Liberating ourselves and freeing society are inter-related processes, it turns out, and both are essential for our survival. Could you even imagine a society like ours: scattered, alienated, scared, obsessed with possessions and status, making the changes we would need to address environmental destruction and climate change?

A better world will not come just from pressuring powerful people to change. You and I need to change, too. Regenerative agriculture could reclaim wasteland, produce food, and soak carbon from the air, but would require millions of people moving back to farms, learning how to farm, and doing hard physical work. Restorative justice — finding alternatives to incarceration — could allow us to close prisons and put all those prisoner and guard lives to better use, but restorative justice requires thousands of volunteers to work with lawbreakers and help them get their lives together. Reparations to communities traumatized by generations of oppression would enable us to create an inclusive society without race hatred, but that couldn’t be done just by writing a few checks. It would involve years of truth and reconciliation that will be uncomfortable for nearly everyone. And all those changes would damage the profits of powerful corporations. Peace might put them out of business. They will resist. Are you ready for a revolution like that? Because it won’t happen without you.

Spiritual people have long told us that changing the world always involves changing yourself. (A marvelous cinematic illustration of this truth is the Lebanese movie Where Do We Go Now? See it and you’ll know what I’m talking about.) Political people have argued back that working on yourself is a distraction; we need to focus on changing the system. But Bernie and Tulsi are saying we do them both together. The revolution will start with our own hearts and spread from there, by any means necessary. I’m asking everyone to embrace this change. Service before Self. Not me. Us.