9 Good Questions About UBI – And one great answer 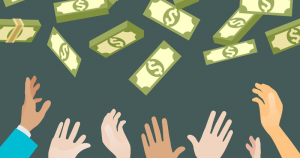 Universal Basic Income (UBI) sounds a great idea in a time of mass unemployment. Though it will not come close to solving our economic, social, and environmental problems, it is a start. It might be a necessary stopgap to keep people and economy alive while we make deeper changes toward a better world.

There is still a lot of confusion about how UBI would work. Here are some valid questions about UBI, with some possible answers (and one great one) from experts like Andrew Yang and the Basic Income Earth Network (BIEN):

1. Is UBI an addition to food-stamps, social security, Medicare, and welfare programs, or a replacement for them?

Other means-tested welfare programs like SSI, which goes to disabled poor people who haven’t worked much, and Supplemental Nutrition Assistance (SNAP) could go either way. Some on the Right want to use UBI to replace existing welfare programs, which would mean a huge cut in income for many poor people.  Most advocates see it as an additional layer to strengthen the economy and reduce poverty. Cutting welfare would defeat the purpose. A lot will depend on how hard people fight to protect the neediest among us.

2. Will UBI change the power relationships in society?

This is a critical question. UBI is basically a way of saving capitalism from itself, as the New Deal did in the Great Depression. UBI puts a “floor under capitalism” as Yang puts it. It will support a basic level of demand to keep the economy from collapsing. It will not change the power dynamics that create mass poverty and environmental destruction in the first place.

UBI is a market approach; it allows people to decide what to do with their own money. This has advantages: people can start businesses, create, try new things. But social relationships will not change. There is another approach for that, a federal jobs guarantee (FJG). See Question 7.

3. Would the amount of UBI be fixed or adjustable? Who would administer it?

According to the BIEN site basicincome.org, the payments would be regular and a stable amount. I think of it as social security for all — it would probably be best run by the social security administration, not controlled by whatever party happens to be in power. Changes in the payment amount would have to be agreed by elected officials, as happens now with Social Security.

4. Will immigrants, documented and undocumented get UBI?

Unquestionably, UBI would attract immigrants, unless it were implemented in other countries as well, which it ideally will be. Under Yang’s plan, only citizens would receive UBI payments. Others say legal immigrants should receive UBI, perhaps after a waiting period.

5. Will amounts vary depending on different locales’ cost of living?

Probably not. Under Yang’s plan, “Every eligible UBI recipient, regardless of location, would receive $1,000 a month. Varying the dollar amount by location would add expensive layers of bureaucracy. Plus, UBI would actually help many more Americans live where they want to. UBI would lead to a revitalization of many communities as people take advantage of lower costs of living in certain areas instead of piling into expensive metro areas.” 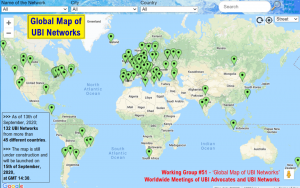 6. What’s the evidence that UBI works?

Studies from all over the world have shown that even small basic income stipends lead to better health, mental health, reduced crime, more jobs, and new businesses. The BIEN site posts hundreds of studies and papers from around the world and within the USA. I saw studies on their site from Kenya, Finland, Scotland, Germany, Canada, China, Taiwan, and others.

Those moralistic objections have been repeatedly disproved by studies. Unhealthy behaviors are actually reduced when people have more money. Think about it: when life seems too hard or too hopeless, aren’t you tempted to use drugs that make you feel better? Or if you’re broke, tempted go out and steal what you need? Having more money can improve social behavior, especially when it comes reliably every month.

Andrew Yang wants to fund UBI through a value added tax (VAT) on every phase of a product’s production. Paying for UBI in this way would prevent money from losing its value, because no additional money would be added to the system to pay for UBI. It would just be redistributed. VAT itself would cause some prices to rise, but not too much because of competition among producers.

Modern Monetary Theory (MMT) says we don’t need to pay for UBI through taxes. We just create the money and give it out. As long as total money in circulation matches up with goods and services to be bought, there won’t be price inflation. But this article from Canada explains why MMT economists mostly don’t support UBI; they prefer more government intervention in the economy, like through a jobs program. (BTW, Read That Article. It explains everything.)-

9. Is UBI better than a jobs program?

As Senator Bernie Sanders says, people want to work, and much work needs to be done. UBI doesn’t teach anyone job skills or life skills, or connect them with other people, like a jobs program might. It won’t get important environmental and social needs met. “The only advantage to UBI over a federal jobs guarantee (FJG),” wrote Medium reader Charlie Silva, “is simplicity.”

Mr. Silva may be right, but simplicity is a big deal. People are desperate now. We’re in the beginning of the greatest Depression ever, and an effective jobs program will take years to roll out. Why is this either/or? Why not start UBI now, and phase in a jobs program as it’s developed?

Where UBI supports capitalism and strengthens markets, an FJG is more socialist, because governments would decide what jobs would be available. Both are good. We’ve seen the power of capitalism to create enormous wealth, and we’ve also seen too much of the environmental harm and social suffering that unlimited capitalist growth can bring.

We need UBI and an FJG. We need a mixed economy and a mixed social order. Start with UBI now; work toward an FJG.