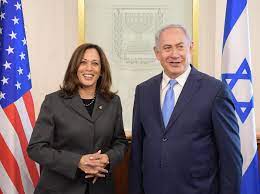 As Gaza shudders in fear, with Israeli bombs exploding around them and babies dying, the world wants to know the source of these human tragedies. Some blame Hamas; others Netanyahu, Islam, Judaism, or all of the above. Few people notice the power behind the scenes, Israel’s big brother, the United States of America. Without massive US support, including $3.8 billion a year in military aid, political cover at the United Nations, and US armed forces fighting entire wars against Israel’s enemies as in Iraq, none of this suffering would be happening.

The bombing of Gaza starting on May 9 has killed hundreds of civilians, destroyed large apartment towers, business districts, electricity and water infrastructure, roads and houses. Bombing civilian targets like these is a war crime under the Geneva Conventions, but Israel has demonstrated over the years that the rule of law does not apply to them. They don’t need to consider the UN, international treaties or public opinion, because they have the unlimited backing of the world’s most powerful ally. Some may think Israel’s behavior is uniquely awful in the world. Actually, everything they do follows the Americans’ playbook, usually in close collaboration.

Here are some of those shared war crimes

● Ethnic cleansing of indigenous people — According to the US group Jewish Voice for Peace, “What’s happening in Palestine is not a religious conflict; it’s not “too complicated to understand.” It’s simply displacement of indigenous people by European and American settlers, just like what settlers have done to the Native Americans from 1600 until now.

● Bombing hospitals — Israel has hit hospitals in Gaza with missiles and confiscated health centers in the West Bank. The US famously bombed a Doctors Without Borders hospital in Afghanistan, killing 42 health care workers and patients, and destroyed medical facilities in Sudan, among other places.

● Illegal terror weapons — Both the US and Israel have dropped the banned chemical white phosphorous on civilian populations. White phosphorous causes terrible burns which are extremely difficult to treat. The US goes much farther, deploying depleted uranium (DU) shells in several conflicts. Used in dry environments like those in Iraq, DU leaves whole districts contaminated with radiation, causing horrible birth defects and cancers now and for generations to come.

● Destroying civilian infrastructure — The Israeli military has knocked out roads, electricity, and water facilities in Gaza. Its soldiers and settlers shoot holes in rooftop water tanks Palestinians depend on for water in the West Bank. The United States has in the past gone far beyond Israel, carpet bombing Serbian infrastructure in the wars over Bosnia and Kosovo and Iraqi water systems in the war against Saddam Hussein.

● Deliberately targeting civilians in Gaza and Iraq among other place with bullets, shells, and bombs.

Not quite war crimes, but undeclared acts of war

Israel blockades Gaza by land, sea, and air, making it nearly impossible to have a functioning economy there. The US uses sanctions, which are blockades without the war ships, against Iran, Venezuela, Cuba, Korea, Russia, and anyone else they don’t like. Blockades and sanctions are acts of war under international rules. And, when civil society groups organize their own boycotts of Israeli companies, they are called anti-Semitic and threatened with fines, sanctions, or even prison in the US and Europe.

Ignoring or scoffing at international treaties

In 1970, recognizing the danger of nuclear weapons, 191 countries signed the Nuclear Non-Proliferation Treaty (NPT), agreeing not to seek such bombs. Israel never signed the NPT and has developed a large nuclear arsenal, with which they threaten the entire world. But nuclear-armed USA and Israel will threaten or actually start wars against countries such as Iraq and Iran, who have signed and obeyed the NPT, if they begin exploring use of nuclear power for peaceful purposes.

Writing on Salon, longtime war correspondent Chris Hedges said, “Israel is in breach of more than 30 UN Security Council resolutions…and [several of the] Geneva conventions…Their collective punishment of civilian populations is defined as a war crime.”

The USA also scoffs at treaties, as proven by their record of breaking every agreement ever reached with Native American nations. Their invasions of Iraq, and Afghanistan, US-sponsored NATO bombings of Yugoslavia and Libya, and smaller interventions in Panama and Grenada, to name a few, were all illegal under international law.

Like typical bullies, the US and Israel portray themselves as victims. Israel reminds the world of the terrible history of anti-Semitism in Europe, leading up to the Nazis’ attempt to exterminate all Jews during World War 2. They always portray their violence against Palestine as self-defense, pointing to some Palestinians who fought back, while ignoring the massive violence that provoked their resistance. ‘It’s all Hamas’ fault,’ they yell, ‘What would you do if someone was launching rockets at you? We have a right to defend ourselves.’

American media repeatedly echoes and amplifies their arguments, until many believe them, but what Israel needs to do is negotiate honestly with Palestine. Nobody can dispossess people from their homes, beat them, arrest them, take over their land, defile their holy sites, and shoot them, and not expect some pushback. If they weren’t abusing Palestinians every day, Hamas rockets would not be flying.

Their leaders sometimes portray Israel as a heroic little nation surrounded by hostile Arab neighbors. They claim to be the biblical David, while being more like Mighty Mouse: having one of the world’s most powerful armies, the region’s most developed economy, and the full support of the US, NATO, and most neighboring Arab governments. They use the memory of Hitler’s victims to justify their crimes, but Nazi Germany was not an Arab country.

Even more outrageously, the US likes to portray itself as constantly threatened, while maintaining a foreign policy of dominating the world. They point to the attacks of Sept. 11, 2001 as an example of the world’s envy and hostility, justifying an endless ‘War on Terror,’ when those attacks were at most a case of blowback from nations the US dominates, and possibly a false flag by US and Israeli intelligence services. How can a rich, huge country with a military bigger than the next eight countries (most of whom are allies) combined, be threatened?

The nature of this family

Despite their 160-year age-difference, the US and Israel are blood brothers. They are both settler states, sponsored by United Kingdom (UK) imperialism. Both think they are exceptional nations, so they have a right and a duty to keep expanding and spreading their way of life. They refuse to admit they’ve ever done anything wrong, and they are both police states, violently suppressing minority groups. It’s no wonder they act on the world stage as one combined force.

Powerful economic bonds unite Israel and the US Military Industrial Complex. War corporations like Lockheed Martin and Raytheon need wars to promote sales and profits. Israel provides the wars by antagonizing near-neighbors. They maintain pretend rivalries with rich Arab countries such as Saudi Arabia, with a pretend arms race requiring the selling of US arms to both sides.

I believe that if the world is to find any peace, we have to break up the US/Israel crime family. Like the UK after WW2, the US and Israel would have to accept being regular nations living within their own borders. I don’t see this happening without huge rebellions in both countries and probably in their allied nations and those they oppress. That can’t happen as long as Americans and Israelis see themselves through the veil of myth their leaders have created. We can start by telling some truth.