Into total domination by billionaires 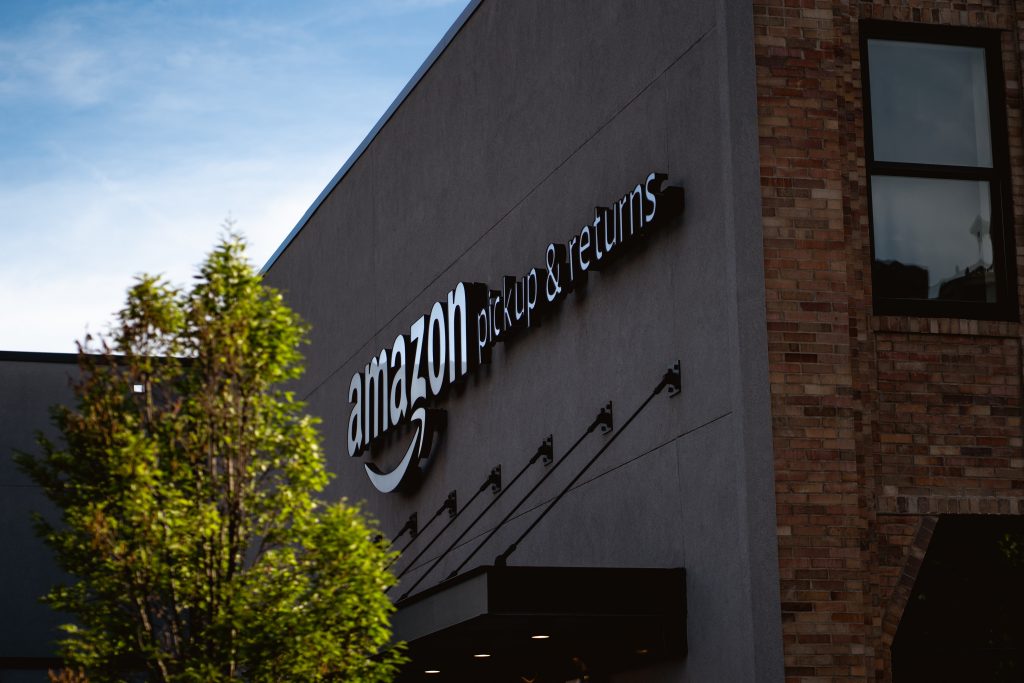 Photo by Bryan Angelo on Unsplash

As U.S. companies send production to lower-wage countries, American workers have become poorer, less organized, and less secure. Only 10.3% of US workers belong to unions, compared to about 30% in the 1950s. Fewer organized workers has meant lower wages, more poverty, and a meaner, more stressful society for everyone.

Unions mostly collapsed because large factories disappeared. Without large workplaces in which workers can associate, and without the power to shut down production with strikes, labor has a much harder time organizing. We are all living harder lives as a result.

Now in Bessemer, Alabama, over 5,000 mostly Black workers at an Amazon warehouse may reverse that downward slide. Over 3,000 of them have signed up to join the Retail, Wholesale, and Department Store Union (RWDSU,) and if they win the representation election, they would be the first Amazon workers organized in the USA.

Why this is a big deal

Amazon warehouses (fulfillment centers) are the new factories, with conditions as bad as the old ones. Amazon’s disgustingly wealthy owner Jeff Bezos treats warehouse workers as if they were machines. He will probably replace them with actual machines as soon as he can, but for now, Amazon monitors everything workers do, and all staff must keep to the rigorous schedule the monitor puts them on. This dehumanization shows vividly how modern capitalists think of the people they employ.

I attended a rally for the Bessemer workers on Feb. 20 in Oakland. One speaker read a letter from a former Amazon worker, now in a Nevada State prison, who said prison life was not as bad as work at Amazon had been. Another talked of having no time for bathroom breaks, so some workers have to take bottles with them in which to pee. A worker in a California warehouse reported that the workplace had no break room, though such rooms are mandated by law. Workers took their break in a corner of the parking garage, without chairs.

Other speakers reported that many Amazon jobs are being replaced by gigs, where workers become “independent contractors,” with no job security, no benefits, and few, if any, rights. Gig labor is spreading throughout the American economy, creating generations of workers who will never be able to retire, send children to college, or afford health care.

Unionization of a fiercely anti-union company like Amazon could change this dynamic. For a rapidly sinking and badly divided working class, a movement led by militant Black workers winning fair treatment could inspire and empower struggles around the country.

Alabama has led before

Alabama has led American workers before. The warehouse workers in Bessemer follow a long tradition of organizing in their state. According to labor organizer turned historian Michael Goldfield in his book The Southern Key: Class, Race, and Radicalism in the 1930s and 1940s, Alabama was among the most organized states in the U.S. in the first half of the 20th Century. Southern workers were leaders in organizing coal and iron mines, steel mills, wood working and textile mills. Even teachers and preachers were organized.

Some of the unions were dominated by whites and treated Blacks as second-class, but others were mostly Black and some were integrated top to bottom. Alabama-based unions helped other states and industries organize by sending organizers and money north, and encouraging workers that their lives could get better.

The unions were eventually crushed by racial division, de-industrialization and right-to-work laws, and Alabama is now one of the poorest states in the USA. Only 8% of its workers are in unions, and the average annual household income in Bessemer, a suburb of Birmingham, is just over $30,000. But with their long history of labor organization and struggle for workers’ rights and civil rights, Bessemer Amazon workers may make Alabama a labor leader once again.

The fight at Amazon is a classic case of a battle against racism that will lift all working class and middle class people if they win. Like many other Black-led and progressive unions, RWDSU takes organizing beyond the workplace to the community, addressing issues of discrimination and poverty. Beyond economic demands, they demand that people be treated with the respect due human beings.

Treating people with respect, though, is what Amazon refuses to do. Their whole business model is to mechanize work, whether with machines or people forced to act like machines. Many other companies are moving in Amazon’s direction. By shutting down their profit streams with strikes or threats of strikes, unions like RWDSU could force employers to treat workers better.

Amazon takes unions as an existential threat, and as Amnesty International documented in this report, uses all kinds of coercion and surveillance to stop organizing drives. In France, where unions represent Amazon workers, working conditions and wages for workers are much better than in the U.S. or UK, and Bezos seems to find that unacceptable.

Global companies like Amazon have huge built-in advantages against unions. With workers in dozens of countries speaking different languages and out of touch with each other, they are hard places to organize.

We heard at the rally about Amazon’s many warehouses in Poland. They have few Polish customers; the warehouses distribute products to Germans, who can afford stuff most Poles can’t. But the warehouse workers in Poland make only 1/3 as much as German workers make, so that’s where Amazon prefers to build.

The movement against Amazon has already gone global. Natasha Lennard wrote in the Intercept that workers have held work stoppages and protests in Bangladesh, India, Australia, Germany, Poland, Spain, France, the UK, U.S. and elsewhere.

The drive at Bessemer could take the global workers’ movement to the next level. Alex Press wrote in The New Republic, “Amazon’s whole business is an anti-social, winner-take-all model: extractive, degrading. That is what the workers in Bessemer are fighting, and why the eyes of the world are turned to them.”

How to support Amazon workers

Find out about rallies and protests near you here. Learn more options from the Southern Workers Association. Write to your Congress people to demand their support for Amazon workers. You can donate to the union or to individual workers’ Go Fund Me-type accounts. Write to Amazon and their subsidiary Whole Foods and let them know you will not shop there until the union is recognized.

This entry was posted in Uncategorized and tagged globalization, labor, organizing, racism. Bookmark the permalink.

One Response to Alabama Amazon Workers Could Arrest America’s Slide

Trail Guides
"Hope is like a road in the forest. There never was a road, but when many people walk that way, the road comes into existence." Lin Yu-Tang