Capitalism: The Opposite of Free Markets 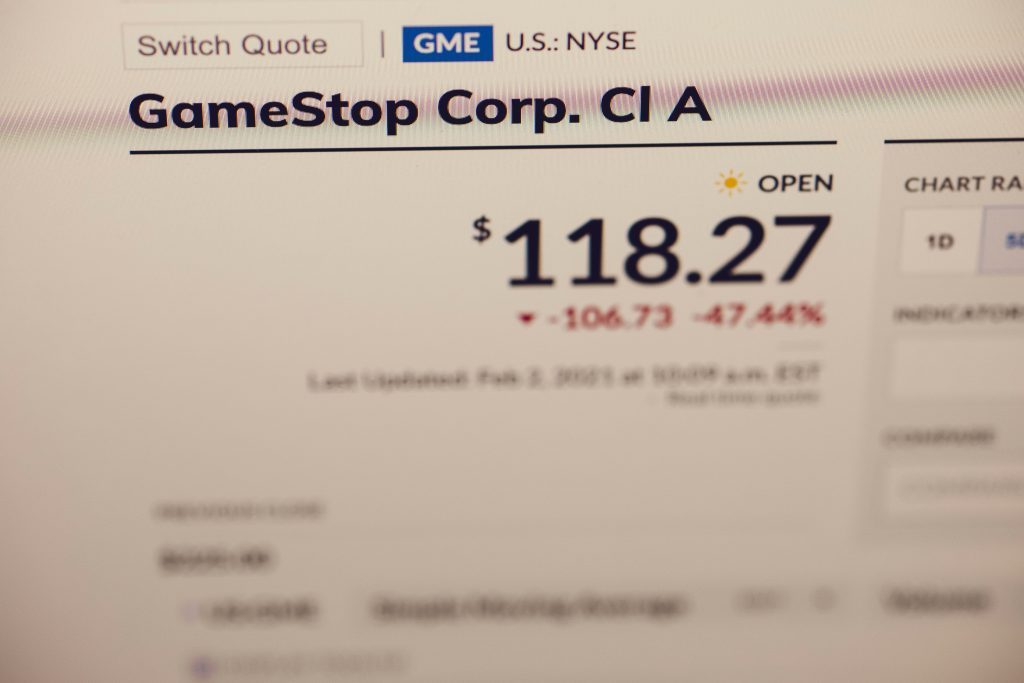 (Photo by Tech Daily on Unsplash)

Conservatives believe the United States is a capitalist country, and they like it that way. They say government should stay out of people’s business, so free markets can create the best possible society. Anyone who advocates that government do more is labeled a socialist, a communist, or worse.

When we try to find such a free market, though, we see that capitalism in the U.S. does not mean free markets at all. It means government and markets run by people with capital, meaning big money and other financial assets, dedicated to making themselves richer.

We do have markets, but they are not free or fair. Powerful people and corporations fund and manage the politicians who make the markets’ rules. When those rules don’t serve the wealthy, government doesn’t enforce them or rushes to change them. Here are some examples:

The stock market is a crooked casino

Recently, a group of small-time investors on Reddit started taking down two multibillion-dollar hedge funds, Citadel and Melvin Capital. The funds had been short-selling stock in the retail company GameStop.

Short-selling means borrowing stock and selling it, then buying it back later at a lower price to return it. If the stock goes down, you win; if it goes up, you have to buy it back at a higher price, so you lose. That’s a perfectly legal bet under Wall Street rules.

But these hedge funds were engaged in “naked short-selling,” which means selling shares without borrowing them first, in this case selling more shares of stock than actually existed. It’s illegal market manipulation, often with the goal of driving stocks down and companies out of business.

Big funds get away with such financial crime because the Securities and Exchange Commission (SEC) rarely investigates. The Reddit crew caught the funds doing it and started buying GameStop stock, driving up the price to absurd levels. The hedge funds were losing billions buying the stock back.

So, capitalism stepped in to protect them. The people running the markets stopped people from buying GameStop. The server used by the Reddit users’ chat room got turned off by its operator, the communications platform Discord, who accused them of racism and hate speech. Brokerages stopped taking buy orders. Since people couldn’t buy, the price stopped going up.

The hedge funds still took a substantial loss, but far less than they would have if market rules had been followed. Now, the SEC is investigating the Reddit investors for manipulating the market in the same way hedge funds do every day without the SEC paying any attention.

Real estate markets are manipulated in more harmful ways than stock markets. For decades, Black Americans and other minorities couldn’t buy housing in white neighborhoods. Then, when real estate and finance companies wanted a big score, they would start encouraging Black folks to move in, excite racist fear among the white homeowners, driving them to sell their homes cheap (a process called “blockbusting”) and flee (called ”white flight”). Then the companies would sell the homes to Black families at a big profit.

Americans’ desire for home ownership has been ruthlessly exploited by market manipulators. Starting in the 1990s, Wall Street financiers created new investment products such as collateralized debt obligations (CDOs). CDOs are collections of people’s debts (usually mortgages) packaged into bonds that banks sell to investors. As long as people are repaying their debts, a CDO-holder profits.

But in the late 90s, banks started loaning people deceptive mortgages, often with low interest and low or no down payments. People were encouraged to take these “subprime loans” to buy a new house or refinance an old one to pay college tuition or medical expenses.

After a year or two, the interest rates would jump way up, a big payment would come due, and homeowners would default and be foreclosed. The African-American community was hardest hit, losing over half its total wealth in a few years, but millions of other people also lost. The economy collapsed into the “great recession,” and good-paying jobs disappeared, never to return.

Bankers who made these bad mortgages should have lost, too. After all, the money they had loaned out wasn’t being repaid. But they had sold the mortgages off as CDOs, so others took those losses. And while allowing homeowners to be foreclosed and impoverished, government gave bankers and financiers massive bailouts.

These wealth transfers to the rich are sometimes called corporate welfare. While a couple financial companies went broke in the economic crash they had created, most big banks like Goldman Sachs and J.P. Morgan posted record profits and continue to do so. Industries in agriculture, defense, transportation, health care, oil, and other industries also receive these kinds of benefits.

A vacuum cleaner, not a market

Since 2008, the Federal Reserve has poured ever-increasing amounts of money into Wall Street, while jobs disappear and wages decline. These monthly gifts of tens of billions of dollars to banks and financial institutions are usually called quantitative easing (QE), although they can take other forms.

These payments are the reason the stock market keeps going up. They guarantee that capitalists’ share of wealth grows, and the people’s share shrinks. They also guarantee that the capitalists will continue their risky bets: their short sells, CDOs, and a dozen other financial schemes, because if the investments tank, the big investors know they will be bailed out.

Government consistently serves capital financially and in other ways, like cutting taxes and regulations, because they are the same people. Treasury Secretary Janet Yellin received an $800,000 speaking fee from Citadel. This fee topped the $675,000 that Hillary Clinton received for three speeches to Goldman Sachs and Morgan Stanley in 2013. Mitt Romney made $250 million running his fund Bain Capital, which eliminated thousands of American jobs. He almost became President and is still a U.S. Senator. People move from corporations to government and back, serving the super-rich in both places.

“When plunder becomes a way of life for a group of men in a society, over the course of time they create for themselves a legal system that authorizes it and a moral code that glorifies it.”

In 21st-century capitalism, plunder by corporations is not only legalized but celebrated. Real and fictional capitalists have movies made about them. Their names appear on university buildings; politicians seek their support and advice. Their interests, not free markets, determine what capitalist governments do.

“It’s essentially racketeering… All the agencies that are supposed to control them are controlled by the fraudsters. The system cannot be reformed.”

Government as servant of capital is not unique to the U.S. or the 21st century. In The Communist Manifesto (1848,) Karl Marx wrote, “The executive of the modern state is nothing but a committee for managing the common affairs of the capitalist class.” His definition may not have been right in all times and places, but it certainly is true in modern America.

Can we have real free markets?

Capitalist domination of our markets can’t be changed by electing Democrats or Republicans, even a Trump or a Sanders. Both parties serve the corporations, and the rich contribute equally to both of them.

Could this understanding be a way out of the Left/Right divide which leaves the capitalists in full charge? Consumer advocate Ralph Nader thinks so. In his book Unstoppable: The Emerging Left–Right Alliance to Dismantle the Corporate State, he said, “There are many issues on which Left and Right can agree, such as opposition to Wall Street dominance, corporate welfare, and wars.”

We need markets so people can create things, buy, and sell them to enrich everyone. We also need government to keep markets fair and to do the things markets can’t or won’t do for society. What we don’t need is a government controlled by those who rule the markets. That combination is called capitalism, and it has to go.

One Response to Capitalism: The Opposite of Free Markets