When Can We Stop 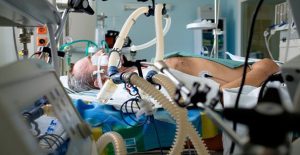 My lovely 70-year-old cousin Margit has severe rheumatoid arthritis. She’s in constant pain and lives in a nursing home. Her husband is in a different nursing home, so they never see each other.

Recently, Margit developed kidney failure. The doctors want to put her on dialysis. They say without it, she’ll die. I love Margit, but I hope she refuses.  She has done enough and has earned her rest.  But as the COVID-19 shutdowns show, America and its medical system thinks survival of individuals is the most important thing, ahead of reducing suffering or of social well-being, at least as long as those individual lives create profit for someone.

Should it be normal practice to keep people alive at any cost, no matter how much they are suffering? In the American medical system, the answer is, ‘Yes. Damn the costs; don’t mind the suffering, as long as patients have good insurance.’ When I was a hospital nurse in the 80’s, we had a patient named Laverne. She was 85 and had had multiple strokes. Her arms and legs were completely contracted (permanently bent.) She couldn’t move; she couldn’t talk. None of us wanted to take care of her; she snarled at us when we tried to help and tried to bite hands that got too close to her mouth.

Laverne was in the hospital because in the nursing home, she had developed huge, infected bedsores on her hips and back. Doctors gave her the latest antibiotics. She was on a high-tech air bed that minimized pressure on her skin. She had IVs and a feeding tube; she had dressing care for hours each shift. It wasn’t quite intensive care level treatment, but it was close. No one ever came to visit her.

After four weeks of this, a nursing supervisor came one night and said, “I have terrible news about Laverne.” We asked what could possibly be worse than what was already happening to her. The supervisor, who I’m not sure had ever actually laid eyes on Laverne, said, “We’ve lost her.”

He went on to tell us that they had found Serratia, a nasty bacteria, in her wounds, and that there was no treatment. (As if the bacteria hadn’t been there all along.) Within 24 hours, her special bed was removed, her dressing care was cut back to once a day, and her IVs were stopped. The intern wrote a Do Not Resuscitate order.

One of the nurses had skimmed Laverne’s chart, specifically the payer information in the front, which nurses rarely look at. You know what she found? Laverne’s insurance had run out. That’s why they stopped treatment. They finally let her die; after they had extracted every dollar they could get from her long-suffering body.

30 years later, I’m still angry and hurt about this story. Why are some tortured with medically-induced suffering, even while others are denied care they need, because they lack insurance? If you remember the debates in 2009 – 2010 about Obamacare, or follow the arguments over Medicare for All, you have heard that fear of health care “rationing” has been a major attack point against any publicly run health plan. If government ran health care, the story goes, they would soon start limiting the care we can receive. We would have “death panels” keeping old or crippled folks off ventilators and out of intensive care.

Well, as any hospital nurse could tell you, medical care sometimes needs limiting. Technological medicine has the power to keep almost everyone alive indefinitely. Barely alive, but with a heartbeat and some brain waves, while medical bills mount into the millions and families grieve endlessly, watching their loved ones sink.

Is that what we want from healthcare?  I know that is not what most nurses and doctors went to school to do. Besides enriching the medical system, what is the point? Should we all live forever?  Should we all be like Terri Schiavo, whose husband had to get a court order to allow her to die? 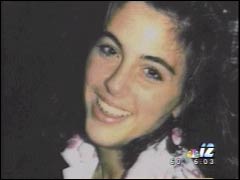 The infuriating thing about the right-wing charges of “rationing” is that the current system rations care every hour of every day. They ration in the cruelest and least effective way, by ability to pay. Everything from checkups to medicines to surgery and access to ventilators is rationed in the current system. But when government thinks of limiting heart surgery for people over 80, say, or encourages people to write living wills, we hear screaming about “euthanasia” and “killing grandma.”

When it comes to medical care, the screaming comes from the Left as well as from the Right. When I raised some arguments for limiting care on a listserv for public health people who are also social justice activists, my views were sharply attacked. Some said I was discriminating against the old and the disabled by wanting to deny them care. They asked, ‘why shouldn’t a 70-year-old quadriplegic receive coronary artery bypass surgery if he needs it? Who’s to say that his life has less value than that of a 32-year-old able-bodied person? Why can’t everybody have everything? You’re putting money ahead of human lives.’

I thought, people who say that should try being quadriplegic for a while. Or being the spouse or close family member of an aging, severely disabled person. They might learn that living on is not always the best solution. Not that you would necessarily want to die – although you might – but you might not want invasive, expensive, painful treatment to keep you going.

I am not that disabled or that old, but I’m getting there. I have friends in the multiple sclerosis community who are there already. I wouldn’t allow a technological, invasive procedure of questionable worth — and many, like the 50 – 90% of COVID patients who have died after being put on ventilators, fall into that category— to “save my life.” That doesn’t mean I want to die — I love living. But when you need extensive medical care and continuous personal support to keep going, or when you can’t do anything for yourself, you have to consider whether treatment is worth it.

It shouldn’t be automatic that you’ll bear any burden and pay any price to extend life. Some Christian conservatives think you should, though they won’t help you pay your bills or share your suffering. I often wonder if those advocates really believe their own religion. None of us will live forever. Why not let us go to Heaven instead of torturing us to prolong our lives? How do they reconcile their approach with a system that denies care on the basis of inability to pay?

We absolutely need a national health plan like Medicare for All to stop the cruel and counterproductive rationing of care by poverty. (Not these lame hybrid plans like Obamacare — a real single-payer plan.) But if we don’t find some other way of limiting medicine’s boundless appetite for treatment, we’ll cruelly extend suffering and bankrupt ourselves in the process.

If we don’t want mandatory rationing, we have to start being rational about what’s worth doing and what is not. Of course, people can disagree on costs, benefits, and risks. But the current default position of “treat until the money runs out or the brain quits” is not the way.

An earlier version of this piece ran in Diabetes Self-Management in 2014.

2 Responses to When Can We Stop