When the World Gifts You, Watch Out!

I had been using a power chair, an old Pride Jazzy I got for $350 from an Independent Living Resource Center. They were moving to a new office and trying to get rid of stuff.  Over the three years I had it, I had to put in about $1000 of repair work, but it was worth it compared to the high prices that mobility aids can cost.

The last time my technician worked on the chair, he told me I needed a new one. Not immediately, but the Jazzy was nine years old, which he said was beyond the life span of a chair getting such heavy use. He also said that, as a person with a progressive illness, I would be better off with a fancier chair, one that reclined and tilted various ways.

He started e-mailing me pictures of chairs he thought would be better. I wasn’t too interested, because of cost. Even if I could get Medicare to pay 80%, my share would still be several thousand dollars. I was happy with my old chair and didn’t want to change.

Then the universe stepped in, in its ever-giving way. Jennifer, an MS friend I hadn’t seen in years ran into my friend Aisha at the YMCA. As they talked, Jennifer happened to mention she had an old power chair in her garage that she hadn’t used for five years. She would give it to me for free, to clear up space. 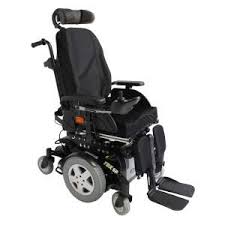 Her chair, an Invacare TDX-SP would cost about $15,000 new. And it was one of the models the technician had sent me a picture of with his recommendation. An amazing coincidence, or a gift from God?

But you know, the world is always giving you gifts. As I was about to learn, that doesn’t mean you should always take them.

I went to see the chair in her garage. It was comfortable, but I couldn’t ride it or check out its capabilities, because the batteries were long dead.  I kept going back and forth about this gamble. Would the new chair be a match for me and my environment?

After a month of agonizing, I decided to take the chair. Getting it here was a challenge, as was putting in new $250 batteries.  With the help of my son Sekani and my neighbor Marsha, who is a great mechanic, we got it going.  I donated the Jazzy to my local Independent Living Center. Then the real problems started.

The leg/foot rests were on the wrong legs, and they kept swinging out to the side, which made it impossible to go anywhere without running into things.  The new chair is also bigger than the old one, making it harder to get through doorways and in and out of elevators.  I have spent hours practicing operating it, but there are still spaces the old chair fit, but the new chair doesn’t.

Marsha worked on it several times. She adjusted some pieces, which made it narrower and better able to get into my apartment and out of the building elevator.  She worked on stabilizing the foot rest and we thought we were good to go.

One evening, not realizing the danger of the problem with the unstable foot rest, I destroyed the door of a fancy restaurant. Marsha, her son Josh and I were eating there as my thank you treat to them. On the way out, I tried to fit through the somewhat narrow doorway, but the faulty leg swung out against the closed companion door, which was locked and wouldn’t give. This beautiful old partly-glass door shattered beyond repair. I felt terrible, although it was partly the restaurant’s fault for locking an exit door. 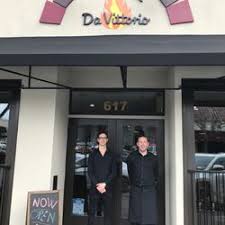 We struggled with the chair some more. She taped the leg in place with duct tape, since we couldn’t get the latch to work. Then I damaged a bookcase in a similar accident.

As I write this, the chair is out of commission, waiting on professional repair tomorrow.  All told, about six weeks have gone by in which I haven’t been able to go distances. (I have a mobility scooter which I can use in the building and for trips up to a few blocks.) I’ve had to miss a number of social events and outings.

I’ve spent money on batteries, damaged furniture and will need to spend $500 or so on parts and labor. Marsha has spent unpaid hours on it in evenings after work.

All this time spent on a broken wheelchair, when I could have been doing good things and keeping my old chair until it collapsed.  I don’t need the reclining function, because my MS is not progressing, at least not in the upper body.  The Invacare chair is heavier and therefore uses more power.

My conclusion: I screwed up twice. Once by listening to advice that was expert but wrong for me, and secondly by taking a gift because ‘Oh, it’s such a  blessing.’

To be fair, though, the new chair goes better over bumps and dips. It’s more stable than the old one.  It doesn’t rock forward and backward, which makes riding on buses and trains much more comfortable.  And someday I might need the recliner function.

The experience has reconnected me with Jennifer, who is an interesting and fun person (a full-time professor at Laney College despite being in her 60s with 30 years of multiple sclerosis.)  It brought me closer to Marsha, a manager of animal laboratories at UCSF who knows all kinds of fascinating things and is now a valued friend.

Pluses and minuses, and a good learning experience.  When given gifts or advice, think three times before taking them.

4 Responses to When the World Gifts You, Watch Out!